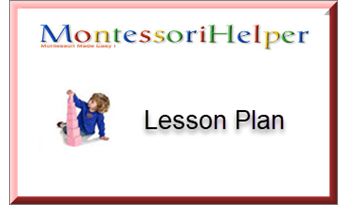 The binomial cube is a wooden box with a cover and two adjacent hinged sides, containing 8 wooden blocks that fit together to form a cube with the same pattern on each side and in the middle. The cube has a visual representation of the algebraic formula (a+b) (a+b) (a+b) or (a+b) 3
Control charts

To help develop the child’s visual perception of three-dimensional patterns.

The child can build the Binomial cube in exactly the same way but outside the box without the control 2harts.

The control charts
The child feels that all the blocks have the same dimension.
The colours of the cubes.