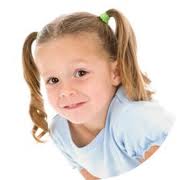 Between the ages of birth to four-and-a-half, children are in a sensitive period for refining their senses. Children at this age are capable of learning to discern hundreds of qualities of the things around them as well as absorb information about things, such as learning their names.

One can take advantage of this particular interest that is unique to this age group. Introducing interesting things with their names through the “Three Period Lesson” harnesses the power of association within the subconscious which is one of the key building blocks for abstraction in later life.

The Three period lesson is one of the fundamental teaching tools in Montessori education, but is not the only one and should be used in conjunction with various other methods Montessori introduced.

In the Montessori environment the names of new things and some sensorial learning is introduced through this particular method.

The objects are introduced to the child utilizing his short-term memory in three subsequent sequential steps:

The Three period lesson is given involving the integrated channels of learning- the auditory, the visual , the speech and also the kinesthetic modes, to introduce a single item at a time.
Say, we want to introduce the child to the continents.

The presentation may be as follows :

Invite the child to the presentation. Keep the Montessori Continent Nomenclature Card in front of him Cards (This assumes the child has already worked with the puzzle maps…see our article on the “importance of abstraction in the Montessori Method” to see why this precursor is important)

Take three to five of the cards out for working with.

Ask the child, “Show me Africa”, and then see if the child can match the cards. After he matches, ask him to show the next item. When the child shows all three items correctly go to the third period.

Point to Africa and ask him “What is this?

The child gives the name “Africa”, and can also match the name tag to the picture. After he completes the three items correctly he can move onto other materials.

There is no need to correct the child if he makes a mistake. Rather re demonstrate in near future.
In the first step the teacher simply associates the name with the object. It is important not to use extraneous words or explanations at this phase. The young child is focusing on the names only. Help him to concentrate.

In the second step we are testing if the child made the association successfully.

At this phase if you find the child made an error, for example, he points to North America when you ask him to show Africa, just casually say “ That is North America – let’s see where Africa is.”

Let him hear the words a few times if that is what he needs. Let the child touch and feel the objects and hear the names. For example we can say, “Can you pass the Africa Card to Sipho (another child)”.

The Three period lesson was developed by Edouard Seguin.
Eduoard Seguin became the first president of the “Association of Medical Officers of American Institutions for Idiotic and Feebleminded Persons”, which would later be known as the American Association on Mental Retardation. His work with the mentally handicapped was a major inspiration to Italian educator Maria Montessori. (wikipedia)

Here I must add that if you find the child is making mistakes repeatedly listen to what Maria Montessori had to say:Indeed why correct him? If the child has not succeeded in associating the name with the object, the only way in which to succeed would be to repeat the lesson. But when the child has failed, we should know that he was not at that instant ready for the psychic association which we wished to provoke in him, and we must therefore choose another moment (The Montessori Method – 1964, page 226.)